Baxter Broadwell
and the
Boy's From Jersey
Baxter Broadwell was a 25 year-old sergeant in Daniel Hosbrook's company stationed at Fort Amanda in 1813. He born in Morris County, New Jersey on January 5, 1788, the son of William and Mary (Hand) Broadwell. A descendant of New England Puritans, one writer referred to Broadwell as a "blue Presbyterian," a term Wikipedia describes as a "true blue Presbyterian, a true-hearted son of a church that aims at pursuing the chief end of man; to glorify God and to enjoy Him forever." From that I think it's safe to assume that Baxter Broadwell was a very devout Christian man.

Baxter attended the normal schools of the day where the idea of teaching fascinated him. After leaving school, he taught classes for several terms and decided that was the career for him. In 1810, 22 year old Baxter left New Jersey and traveled to Cincinnati. His teaching days were interrupted in 1813 when his militia company headed by Captain Daniel Hosbrook was called to active duty.

The following are paraphrased excerpts from Ensign Schillinger's journal in which he mentions Sgt. Broadwell

Feb. 9, 1813
Schillinger and Davis had been observing the men for the past few days and by now had a fairly good idea of who would serve best and in what capacity. The men they selected to serve as sergeants were David Van Winkle, Lawrence Swing, Baxter Broadwell and Jacob Bradbury. The corporals selected were William Johnson, Robert Erwin, Isaac Covalt and William Patterson. Because of their musical talents, Lewis Bayley was appointed drummer and Robert Ross, a fifer.

Wensday the 10 morning cloudy with light rain afternoon Rainy & warm, Rain all night The weather turned warmer during the night and a light rain began to fall early in the morning and continued on most of the day and into the night. Major Oliver and Sgt. Broadwell left Amanda early that morning to hand carry a letter to General Harrison who at time was camped near the rapids.

Sunday the 21st Clear and pleasant
At morning roll call, Schillinger read another section of the Articles of War to the men. After breakfast they practiced a few military maneuvers and then were dismissed for the rest of the day. Sgt. Broadwell who had gone to Ft. Meigs with two weeks earlier returned that day with the welcome news that all was well at Meigs.

Saturday the 17th July 1813 Cool & cloudy
As if the epidemic of measles wasn’t bad enough, some of the men were now complaining of flu like symptoms. During the night Sgt. Van Winkle had a severe bout of diarrhea and stomach cramps and Schillinger reported in the morning that he (Schillinger) too was feeling ill. Capt. Seton left Amanda for St. Marys around 9 o’clock that morning; his destination is unknown however because he was so ill, he most likely was going home. That would explain why Major Kain was at Ft. Winchester, possibly as a replacement commander. Around 4:00 that afternoon, Corp. William Johnson and one of the other men from Sgt. Broadwell detachment, returned to Amanda to get more clothing, etc.
After the War
After the war, Broadwell returned to his teaching duties in Cincinnati until 1816 when he moved to neighboring Clermont County. 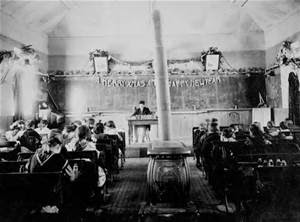 On January 25, 1817, Baxter and Polly were joined in Holy Matrimony in Mount Carmel by J. P. Wm. Robb. For reasons unknown, Polly died the following year. The following year, 1818, Baxter married Miss Mary Lindsley a native of Morristown, New Jersey and a descendant from a famous New England family by the same name.

Interesting story: Mary preserved the legend of General General Washington taking communion at the old Presbyterian church in Morristown during the harsh winter of 1779-80. Seems Washington agreed to take communion there only after the pastor him that he was taking it at the "Lords table," and not a "Presbyterian table." Before the war most many Americans, including George Washington were of the Anglican faith but since we were at war with Great Britain, Anglicans, not wanting to be associated with the enemy called themselves Episcopalians. Hence Washington's reluctance to take communion at a table that had anything to do with England of her allies.

In 1818, the same year Illinois entered the union, Broadwell and his family loaded onto a keel boat and started their 750 mile journey westward down the Ohio River toward Illinois. The trip would have taken several weeks and depending on the time of year they left, they may have had to winter somewhere along the way. 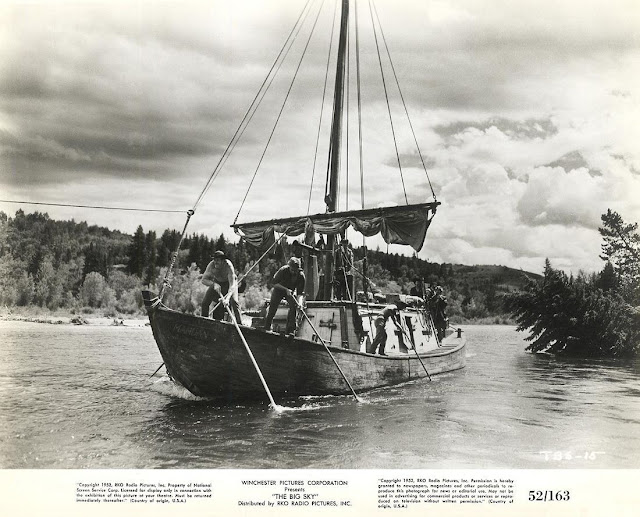 The family landed first in Calhoun County, near a place called Deer Plain Ferry. Their nearest neighbors was a group of French settlers and half breeds who formed quite a large colony on the Illinois River about two miles to the west. 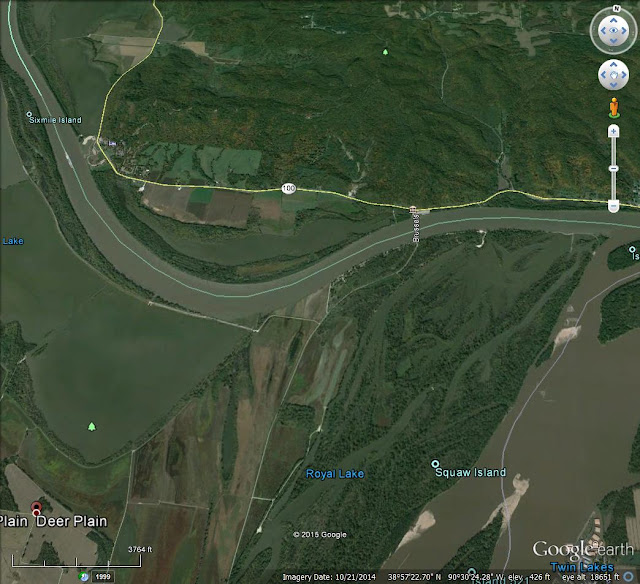 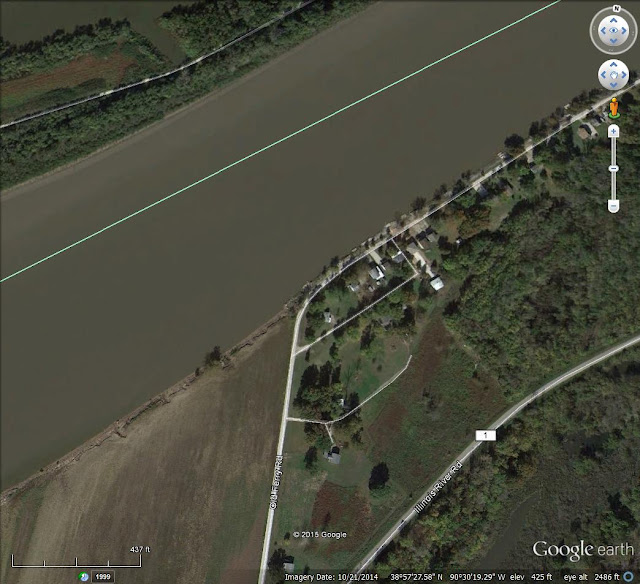 Site of Deer Plain Ferry
When first settled, this township was very wet and swampy, and by many the land was believed to be next to worthless. Apparently Broadwell agreed so he and his family packed up again and floated down the Illinois River and landed near Jacksonville in Morgan County, Illinois. Here he purchased 100 acres of land on which he built a cabin. His farm eventually grew to 600 acres and he became one of the most successful farmers in the county. 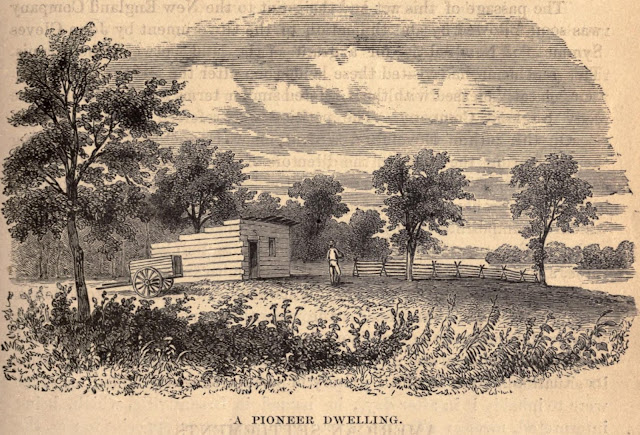 Their Son Was Lincoln's Understudy.
Their son the Honorable Norman M. Broadwell (b. 1825) served as an understudy to Abraham Lincoln while he in law school. 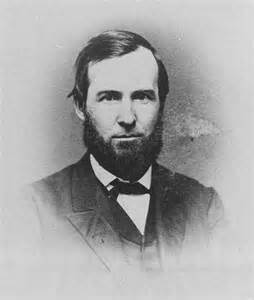 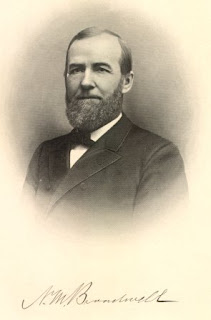 
Sergeant Baxter Broadwell lived out his life on his farm Jacksonville, Illinois. He died at the age of 44 on December 8, 1832 and was buried in the Diamond Grove Cemetery in Jacksonville. 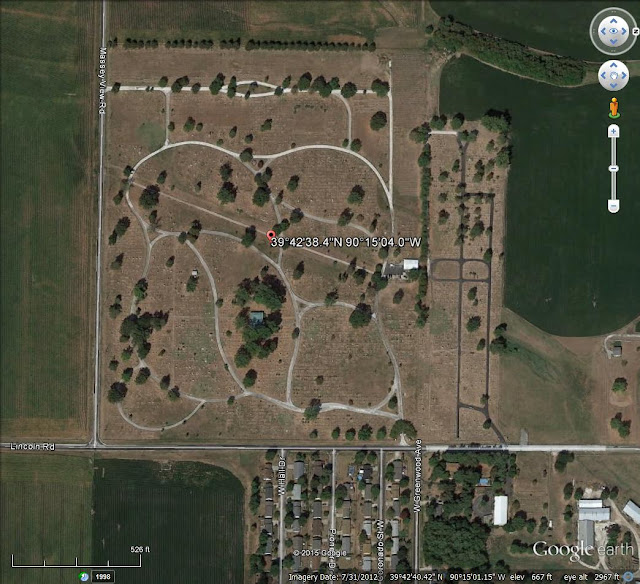 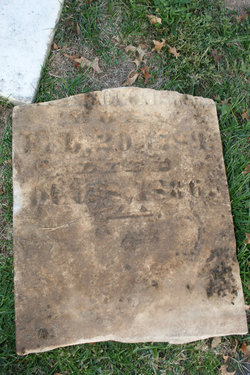 Gravemarker of Mary Broadwell
1789 - 1836
Only a fragment of Mary's gravestone still exists, but Baxter's is gone. That's OK because stone or no, we know Baxter Broadwell, one of Ft. Amanda's heroes is buried right where he wanted to be and where he spent 17 years of his life; next to his beloved wife Mary. Both rest forever in Diamond Grove Cemetery, Jacksonville, Illinois. GPS: N39°42'38.38”,W90°15'03.96”

In 1835, with her husband gone and her own health either physical or mental failing, the couples children, some referred to as "infants" were placed under the guardianship of a man named John Taylor Jr. The property Baxter had willed to his children was sold at auction probably to compensate Taylor for the added expense of caring for the Broadwell children. Finally on October 8, (1836) at the age of forty seven Mary died.

Sergeant Baxter Broadwell, you are no longer forgotten.

COMING SOON Information I'll be presenting in an upcoming blog will add a new dimension to the Fort Amanda story.  I've submitted a...

Visitors to this site

I've written two books about Fort Amanda, "Fort Amanda - A Historical Redress" and "Fort Amanda - The Schillinger Journal," both give intimate details about life at Fort Amanda including biographies of over 100 soldiers who were stationed there, their families and their final resting places. I've had one negtive comment on one book citing, "too many details." Well to that reviewer I say, "That was the whole point." :-) Anyway, if you want to know what life was like at Fort Amanda during the War of 1812,both books are available at local bookstores in Lima or through Amazon. The first book is over 300 pages (because it has a lot of details). :-)